Skip to content
State v. Longmire, No. 11,302 (Kansas Supreme Court, January 12, 2018): Jonathan Laurans successfully lobbied the Kansas Supreme Court to vacate his client’s felony conviction for refusing to take a breathalyzer test. In 2014, Mr. Laurans was one of the first three lawyers in Kansas who filed appeals to challenge the constitutionality of Kansas’ “breath test refusal” statute, Kansas Statute 8-1025. This case was held over while two others, Ryce and Nece, moved forward first. Once the “breath test refusal” law was declared unconstitutional, the Supreme Court summarily reversed Mr. Longmire’s conviction.

Mr. Laurans has been fighting – and winning – post-conviction and habeas corpus cases his entire career. He won his first two post-conviction cases well over twenty-five years ago, both of which made national news at the time. 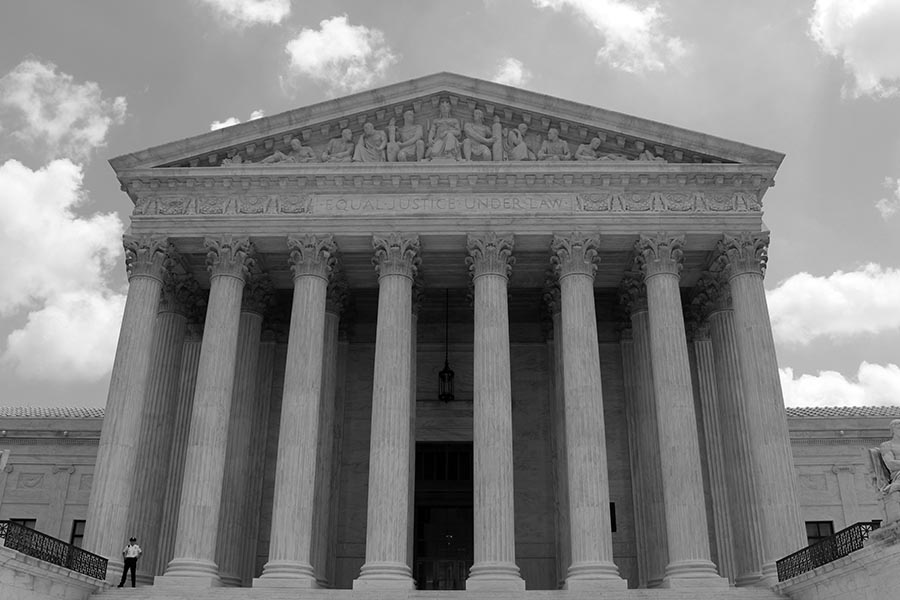 United States v. Herron, 215 F.3d 812 (8th Cir. 2000) Jonathan Laurans successfully overturned a client’s convictions for racketeering and drug distribution. All asset forfeitures (in excess of $400,000.00) were set aside because Mr. Laurans was able to prove that DEA agents doctored search warrant applications. Thus, the ensuing searches and seizures were all illegal.

Mr. Laurans has won several post-conviction cases in the last ten years, two of which overturned sentences in excess of 25 years in Kansas and Oklahoma federal courts. Recently, he convinced Federal Judges to excuse “procedural defaults” in two Habeas Corpus cases in order to revive expired claims of innocence.  He has also won the set-aside of millions of dollars assessed against clients in criminal forfeiture orders.

United States v. Michael Berry, 12-CR-20083 (D. Kan. 2013) The client, Mr. Berry, was facing 235 months in prison and a 17 million dollar ($17,000,000.00) criminal forfeiture/fine. Mr. Laurans fought this excessive punishment, and successfully lobbied for a sentence of 10 months in prison, with an approximate one-hundred and fifty thousand dollar ($150,000.00) forfeiture/fine.
State v. XXX, 362 P.3d XXXX (Kan. App. 2015) Jonathan Laurans successfully fought for his client’s right to an expungement. The Court of Appeals reversed a trial court’s denial of expungement from a prior “unlawful sexual relations” conviction. On remand to the trial court, Mr. Laurans won an expungement order for his client.
State v. Xing XX, 2015-CV-XX (Douglas County 2016) Jonathan Laurans filed an extensive Kansas “1507” habeas corpus petition which, when granted, reduced his client’s 8 year prison sentence to 4 years.
State v. Maitland, 0716-CR-06308 (Jackson County 2012) Jonathan Laurans obtained the immediate release from prison of a grandfather wrongfully incarcerated after sentencing, who’d been convicted of inappropriately touching his granddaughter’s chest over her sweater. Originally sentenced to probation, the grandfather’s sentence was illegally altered by the judge with no due process, immediately incarcerating the grandfather for 15 years. Mr. Laurans fought to the Missouri Supreme Court and back to regain this man’s freedom, and has since prevailed in two cases where the State tried to send him back to prison.
In 2013, Mr. Laurans convinced a federal judge to overturn a faulty mortgage fraud conviction within only weeks of the jury’s verdict, saving the client from a costly and lengthy appeal.
In 1994, Jonathan Laurans successfully won the release of the former Lieutenant Governor of Kansas from federal prison, where he had been serving time for tax evasion. Mr. Laurans was able to prove that the original conviction resulted in an excessive and unlawful punishment, by authorities not having taken into account the correct tax loss figures associated with their audit and investigation.
In 1995, Jonathan Laurans won release for an inmate via a writ of habeas corpus, who would be the first inmate ever freed to receive a heart transplant. By proving this client’s imprisonment was based on a misapplication of drug-quantity sentencing tables, Mr. Laurans saved this man from further incarceration and a certain demise.

**Every case is resolved according to its own facts and legal merit. Past performances in these cases does not guarantee results for future clients in their upcoming cases. These case results are for informational purposes only, as part of this advertisement.